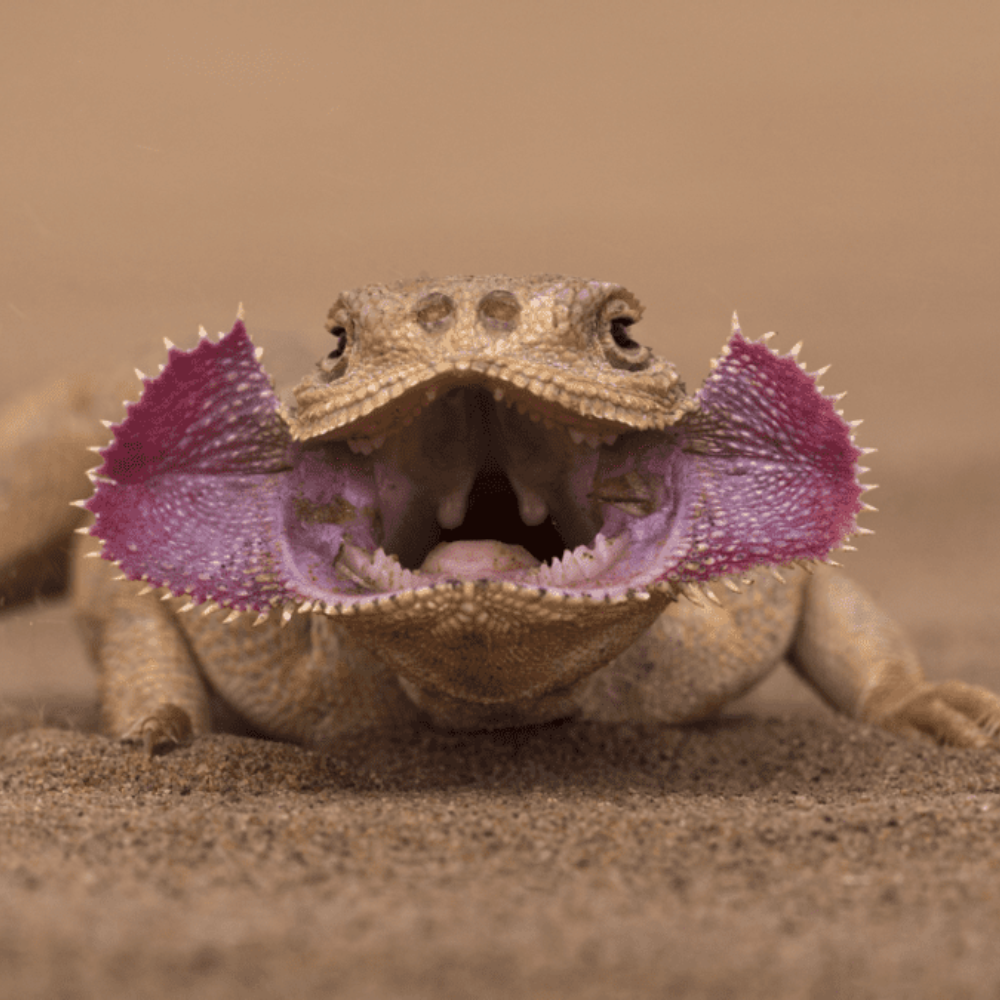 It’s well-established that animals contort their bodies to attract mates. The boundary between what’s attractive and what’s scary is very thin in some species, but no one complains as long as it succeeds in attracting a mate. Agama, also known as Phrynocephalus Mystaceus, is a lizard that falls into the second category.

Agamas are known for expanding their colorful cheeks to create a frighteningly spikey display. Traditionally, these displays were associated with courtship efforts of the reptile. However, a recent study published in the Biological Journal of the Linnean Society suggests otherwise. Instead, it indicates that the displays are a mechanism to ward off predators. According to the research, visible color contrasts develop during evolution and natural selection and save the animal from predator attacks. The distinct color patches may evolve for a specific purpose but can be adapted, later, for defensive purposes. 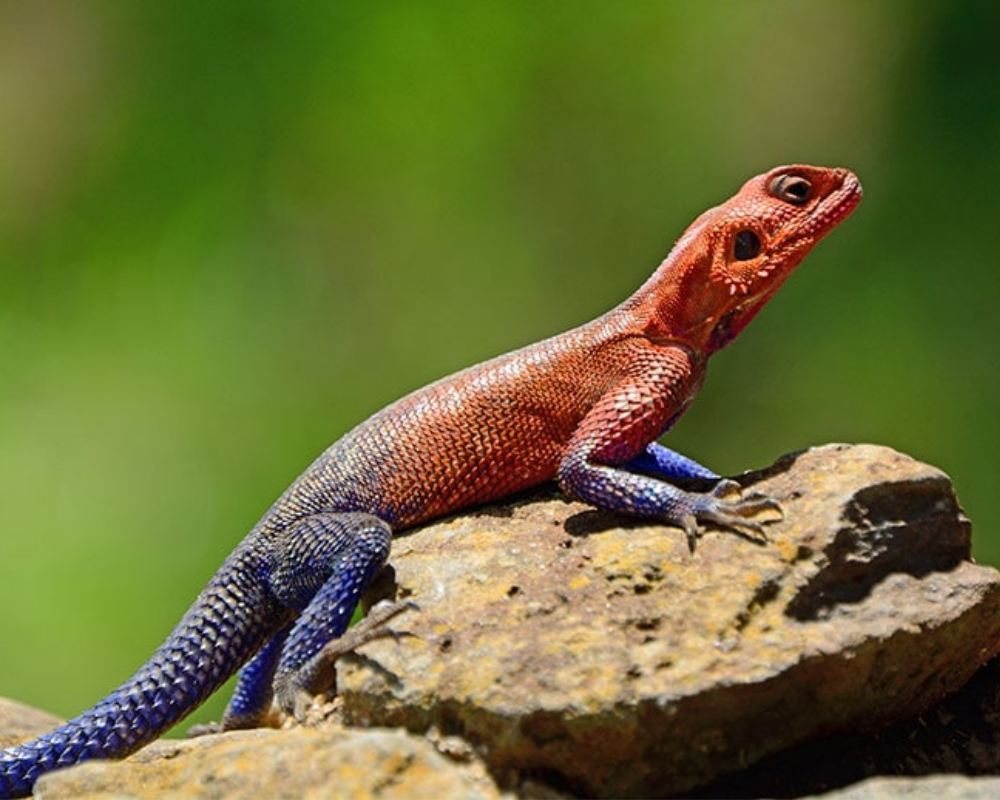 The researchers decided to keep agamas under watch to observe them better. They kept 14 male and 17 female pairs under observation, but no visible cheek action was visible. This proved that they’re not used as a deterrent against competing mates. When the pairs were mixed up, the cheek flares also didn’t appear, ruling out the chance of being a courtship mechanism. But when agamas were shown images of predators, the flares became visible. A picture of a dragon induced 3% flares, while that of a more realistic hawk raised it to 12%. Finally, the lizards were attacked with dental floss, which proved to be the biggest cheek instigator. As many as 84% used it as a startle display. It was thus established that agamas used it when under attack, to scare the predator. What effect it has on the predator is, yet, inconclusive.

As per court documents, Carole Baskin along with her husband Howard have sued Netflix and Royal ...

McDonald’s has teamed up with rapper Travis Scott in a collaboration that hasn’t been too popular ...