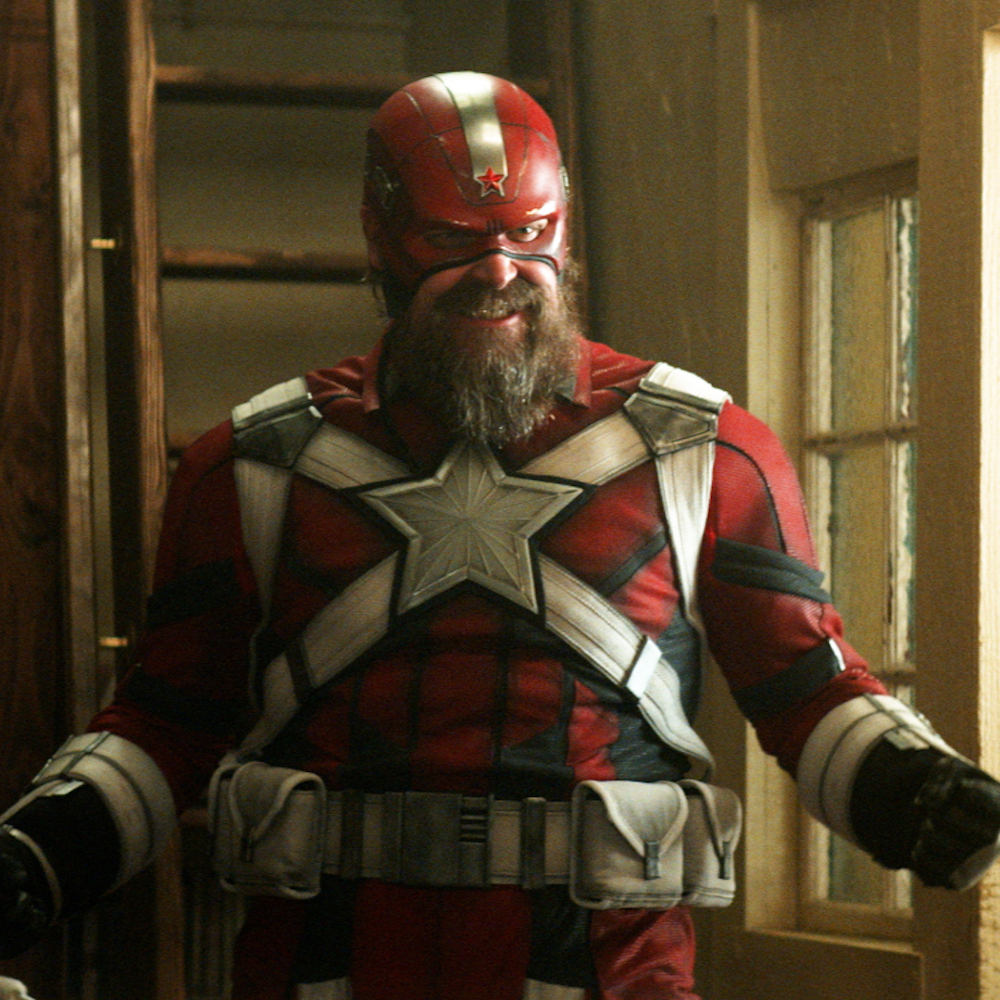 David Harbour is a funny guy and he maintains this reputation even on the sets of Black Widow. He made a joke about stunt doubles in the movie as the actual actresses. The road has been long but the first movie from Phase 4 of the MCU is finally ready. Scarlett Johansson will play the iconic Natasha Romanoff for the last time. This is her first solo film of the MCU franchise. In this movie, Natasha will reunite with her family who are Russian spies, and get rid of the Red Room, the one that trained and traumatized her.

Her family is played by a new and exciting cast – Florence Pugh and Rachel Weisz. They will take on the role of Yelena Belova and Melina Vostokoff, respectively. David Harbour, of Stranger Things fame, is also in the movie who steals the show as Red Guardian (Alexei Shostakov). Red Guardian is like the Russian Captain America, and the character spends most of the movie thinking about his days of glory. He adds charm and is the comic of the film and the ending of the movie seems like he may return for another film. However, for now, this is the only MCU film he signed on to. 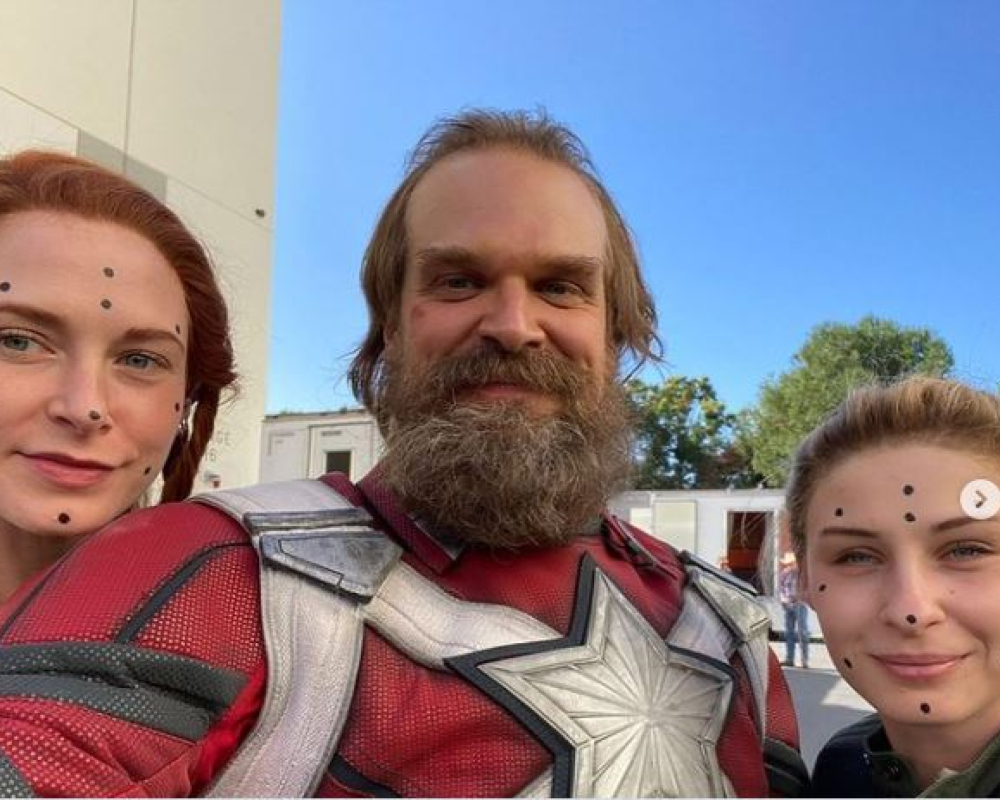 David Harbour celebrated the release of the film with his co-stars and shared a rather funny caption on his Instagram page. He posed with Johansson, Weisz, and Pugh’s stunt doubles as though they were the actual actresses. His caption read, “So down to earth and sweet, kept saying we’re not the ‘real actresses’ obviously to make me feel less intimidated to be working with such international stars! All in all a weird wonderful 4 and a half months!” and signing off with “#dadjokes.”

Apart from the film Black Widow, David Harbour is also working on season 4 of the hit series Stranger Things on Netflix. This series may make it difficult to see the actor in another Red Guardian character appearance. However, this talented star will make it work somehow and hopefully give his fans another glimpse as Alexei.

Sometimes, humans do little things that cement one’s faith in humanity again. Like this incident in ...

The players of Leeds United wore special shirts protesting the Super League for their match with ...

4 Podcasts That Can Help With Feeling Mentally Healthy

Mental health is crucial, and there’s no better time to start coping with some of the health issues ...