Kids often develop some kind of obsession when they are young. Parents fall into these traps by helping their kids embrace their new favorite TV shows, movies, or animals. They encourage it, buy them a bunch of junk related to the obsession, and are left with it once the kids outgrow it. A kid in the U.K. with a dinosaur obsession has a dad that went a little overboard when it comes to encouraging his child’s latest craze. 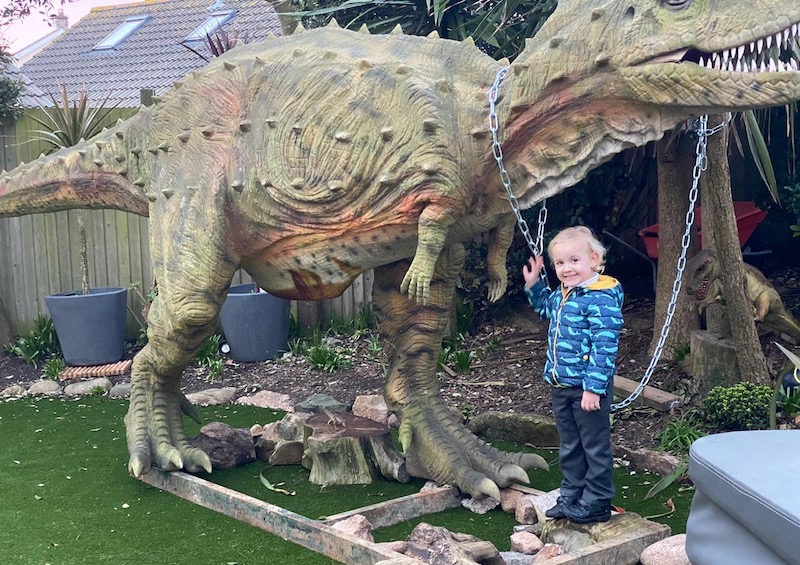 Andre Bisson is a dad who wanted to surprise his four-year-old son, who became a huge dinosaur fan after watching a Disney story. His son wanted to have a dinosaur toy, and when Andrew found a statue of one for sale online, he took the opportunity to purchase it. His idea was to get a cool and magical gift for his kid, but he soon realized he had made a mistake.

Once the company called Andre to inform him that the statue wouldn’t fit in their truck, he knew that there was something off about his order. He apparently didn’t order a small dinosaur statue that he could set up in his backyard to surprise his son.

In fact, he had ordered a 20-foot tall statue, and it had to be lowered into his yard using a crane.

A Gift to Remember 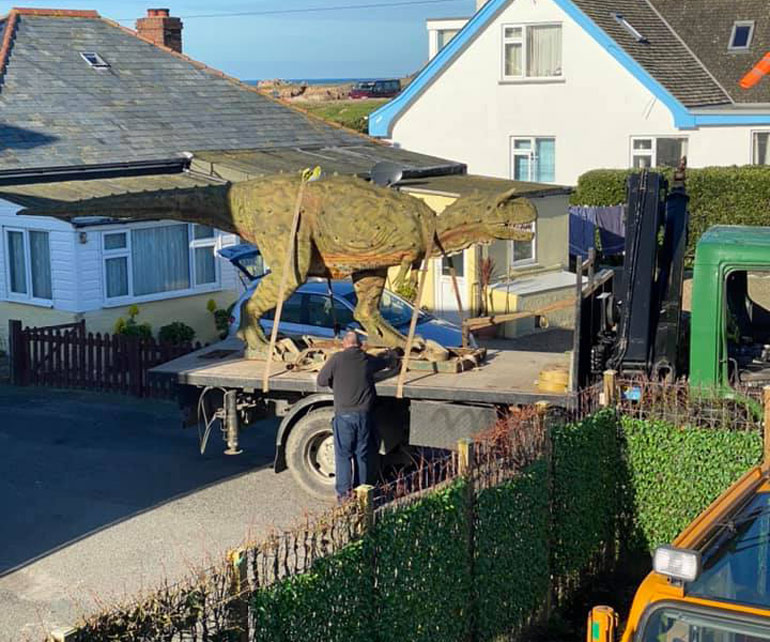 Bisson had found the dinosaur online from an amusement park that was selling one of their old exhibits. There wasn’t customer service support to contact once he made his purchase, so he was stuck with the statue.

His son had asked him for the “biggest dinosaur” that he has ever seen as a gift, and at least his dad delivered.

Of course, Andre Bisson’s son loves his new pet. The pictures of the huge dinosaur went viral when Andre posted about the mishap online.

Amidst the mounting anticipation for his new album, Kendrick Lamar has made an announcement of a ...

The unique Tiger King docu-series of Netflix sheds the light on the criminal underworld of the ...

People all over the world run as their main form of workout or cardio exercise. Staying motivated ...